As Ukrainian civilians suffer at the hands of Russian soldiers, their defense is turning digital. In addition to military efforts, apps are being designed to report atrocities against civilians. The efforts are in tandem with the international community of open-source intelligence (OSINT) researchers who are verifying and tracking information from afar to assist Ukraine both in battle and in the effort to document potential war crimes.

Meanwhile Russia has taken note of the OSINT community online and has deployed their own accounts and bots masquerading as OSINT analysts to muddy the waters of information flowing from the conflict. Meanwhile, the U.S. intelligence community (IC) vocalizing support for citizen OSINT researchers in their efforts to combat Russian disinformation. Here’s the latest OSINT news.

Will there be justice for Bucha?

A Ukrainian expatriate, inspired by her families’ strife when Russians struck their town, took to the internet to support open-source efforts to track Russian military actions. Her personal connection and access to photos from the ground led her to team up with a U.K. nonprofit dedicated to OSINT. With her own family living under occupation, her team is working on identifying perpetrators of alleged war crimes in Bucha, where civilians have been killed and soldiers tortured. “Lena,” the pseudonym to protect her identity, helps her team translate Russian and Ukrainian to German and English.

Identification data of #Russian pilots delivering strikes on #Ukraine from the territory of #Belarus.https://t.co/OGihN9lvVY

In an increasingly digital world, open-source information can come from anywhere. The geolocation of John Deere tractors shows stolen farm equipment being transported across Russia. Sometimes even obituaries can reveal important military information. OSINT groups like Inform Napalm and traditional nonprofits like Human Rights Watch (HRW) are all working in tandem with the Ukrainian government to try to report war crimes and identify perpetrators. Despite all these efforts, the legion of volunteers working on it know the road to criminal convictions remains long and unlikely.

“Still, if Bucha crimes do wind up being tried in a court of international justice, HRW’s information could well prove useful. In the late 1990s, Abrahams was HRW’s lead researcher for the war in Kosovo and testified at the international war crimes trial of former Yugoslavian president Slobodan Milošević.
”

Despite well-documented atrocities committed in Bucha, the Kremlin is using their own resources to point the finger back at Ukrainian “terrorists.” Russia has taken note of the open-source researchers reporting on their actions in Ukraine, and in an effort to mimic them, sow their own narratives through social media using similar tools and popular accounts.

The atrocities they are deflecting include photos of civilians executed in the street with their hands tied behind their backs — these apparent war crimes have been broadly publicized and criticized throughout western media. However, in Kremlin-backed media, the photos are either referred to as fake or crimes committed by neo-nazis within the Ukrainian army’s ranks. Bellingcat and the New York Times have both shared footage which disproves Russia’s claims. The overwhelming evidence from many sources, including Russian troops’ radio chatter, also work to disprove these claims. Yet some in the west have chosen to amplify this message, muddying the waters of discourse.

“The Russian disinformation operation is just that: an operation. Its assault on the truth is tactical. Switching from a moral position to shameless lying is both necessary and expected. The point isn’t to convince the world that these war crimes didn’t happen: The objective is to sow just enough doubt to stymie action.”

Ukraine has created a chatbot for reporting and gathering evidence of alleged war crimes. The documentation of brutal killings of civilians in Bucha, Irpin and Gostomel have stunned the world. But proving Russian armed forces intentionally targeted civilians (an International Criminal Court requirement for prosecuting war crimes) in these areas will take ample evidence. Ukrainians can upload photos, videos and reports of atrocities. The app then uses facial-recognition software and geo-tagging to help hold the perpetrators responsible.

This new effort to crowdsource digital evidence has not been seen in a previous conflict. The list of what civilians can report go beyond killings and violence. It can also include looting, property damage, denial of medical care, abuse of medical staff and clergy and more. The reports and evidence are centralized to one database. So far it has received more than 10,000 detailed submissions, according to one official. The on-the-ground efforts are also being helped and verified by OSINT researchers from around the world.

“The apps, chatbots and websites designed by Ukrainian officials categorize different kinds of war crimes and human-rights violations and all feed into one centralized database set up by the office of Ukraine’s Prosecutor General.
”

The U.S. is continuing its strategy of declassifying intelligence in order to warn the public and disprove disinformation Russia is touting in response to their invasion of Ukraine. The CIA declared the move “a success” in the lead up to Russia’s invasion. Now the intelligence community (IC) is also changing how they look at open-source information. OSINT is creating a landscape where many people have access to information that used to be exclusive to spy agencies.

The IC has asked commercial satellite companies to publish images related to the conflict, enabling public disclosure of Russian activities and while protecting their own classified sources and methods. Sharing information from unclassified sources is easier, said Director of National Intelligence Stacey Dixon.

“Policymakers told the IC that it was important to inform the public of Russia’s efforts. However, this required a rigorous process to determine what to disclose as to not expose the community’s sensitive sources and methods for collecting its classified insights.” 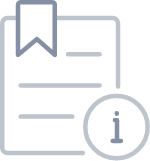